Hello past and future UnFictional contributors!

We’re coming up on the 4 year anniversary of this radio program/podcast! Our audience is slowly building, we’ve won some awards, stories from the show have been featured on other radio programs both here in the US and around the English-speaking world. All in all it’s been an exciting and rewarding run, and it’s due in no small part to the contributions of fantastic audio producers like yourself. We hope we’ve made a fun place to make interesting and unusual stories. We want to do more!

We’re looking for great story ideas to produce over the next few months. We’re open to anything as long as it fits the show tone as laid out in submissions guidelines:

Strong sense of story, a little weird, emotional, funny, strange twists and surprises… First-person non-narrated stories are always great. If the story has good sound components that’s a big plus.

We pay decently for a local show!

If you have any friends or colleagues who produce great work, feel free to forward this message to them as well. You can send your pitches to me at this address or to unfictional@kcrw.org

Look forward to hearing from you!

UnFictional is a program of storytellers and documentaries that cover the ground between the sophisticated and the profane. Audiences will hear captivating stories of real life told by writers and performers with a talent for tales that will suck you in. The program also features documentaries created by the most talented producers from around the country.UnFictional is one part of the Independent Producer Project, an initiative to cultivate and support the work of independent radio producers and other writers and artists. The idea is to create a clearinghouse of creativity both online and on the air.

The program is hosted and curated by KCRW producer, Bob Carlson. He has an ear for compelling radio stories that are funny, sad, sincere and often dark. Listen for stories of hometowns and family secrets, as well as tales of drugs, sex, and aliens (both extraterrestrial and earthbound.) The stories on UnFictional will stick in your head like a memory.

Latino USA has several special projects coming up that we’d love to have pitches for.

The pay rate is $125 a minute, and pitch meetings take place on Friday mornings, eastern time.

If you’re pitching for the first time, please include some information about yourself and a couple of audio samples.

These stories are part of an ongoing series on outdoor adventure involving Latinos.

If the stories have an environmental angle to them, all the better. For example, LUSA recently ran a piece on an ice fisherman in Colorado who has had to seek out lakes at higher elevations because climate change is shortening the ice fishing season down below.

LUSA would like to put together a montage of vox pops from students who can now afford to go.

We’re especially interested in hearing from Oklahoma, Utah, Minnesota, and Kansas – or other states that aren’t the “usual suspects” like Texas or California.

Stories from the heartland

LUSA is doing a special program on changing demographics in the heartland.

We’re especially interested in ideas from the Midwest and the West, but are open to hearing about what’s happening anywhere between the country’s urban coasts.

First-hand stories of Latinos living in rural areas or small towns – for example, a meatpacker or a cowboy;

A tour of a town that now has a Latino majority – including the back story of how and why immigrants came, and how the flavor of the town has changed;

Fresh angles on immigration in the heartland;

Please send all pitches for heartland ideas to LUSA before May 16. 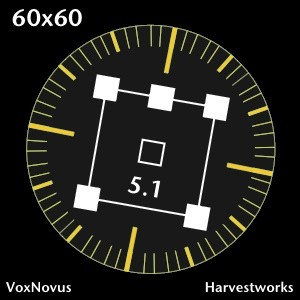 Cool (FREE) sound event this Friday at Harvestworks in NYC. Details HERE and below.

60×60 is a one-hour-long show made by sequencing 60 pre-recorded pieces by 60 different composers, each piece a minute in length or shorter. A unique collaboration between VoxNovus / Robert Voisey and Harvestworks in New York City to create a 5.1 surround sound mix, this 60×60 presentation will be premiered at Harvestworks’ multichannel TEAMLab listening room.

Every one-minute piece will be played continuously without pause. Each of the 60 pieces  will begin precisely at the beginning of the minute, this will mark the end of one piece and the beginning of another.

Hurry up to meet the deadline for this Next City economics reporting fellowship – MAY 12. Details HERE and below.

An unusual post for FC but I find this fascinating. Every year, the National Recording Registry (part of the Library of Congress), seeks nominations for recorded sounds (that are at least 10 years old) to add to their archive. This is an amazing resource, and, I think, something to strive for in your own work. You can browse the entire registry HERE.
And here's the call for nominations, along with a blog post by Steve Leggett, program coordinator for the National Recording Preservation Board of the Library of Congress. (I've highlighted my favorite bit below.)
http://www.loc.gov/rr/record/nrpb/nrpb-nrr.html?loclr=blogloc

In the weeks since announcing the annual 25 additions to the National Recording Registry the Library has been asked a few questions about rap and hip-hop and its representation on the list. These questions are valid and important to explore.

The 2013 list of 25 additions announced earlier this month did not include a recording in the rap and hip-hop genre. However, the genre has been represented on the registry since the registry’s very first list of 50 recordings was announced in January 2003. In that year, “The Message” by Grandmaster Flash and the Furious Five was among recordings including Orson Welles’ radio drama “War of the Worlds” (1938), President Dwight D. Eisenhower’s D-Day radio address (1944) and Martin Luther King Jr.’s “I Have a Dream” speech (1963).

The fact that those important and diverse sound recordings stand shoulder to shoulder on the same list is indicative of what the registry is about, and indeed illustrates the very important role sound recordings have played in our collective memory and consciousness since the very first recordings were captured in 1853.

With respect to rap and hip-hop, in addition to “The Message”, the registry also includes Sugar Hill’s 1979 “Rapper’s Delight” – widely credited with launching the genre – plus three others for a total of five. That means of the 17 music recordings in the Registry that date from 1979 or later, about 30 percent represent the rap genre, including the most contemporary recording in the entire registry, Tupac Shakur’s 1995 “Dear Mama.”

It is important to understand that the National Recording Registry is not a “best of music” list. Although much attention each year tends to focus on popular music, the registry is about sound recordings of all kinds – from political speeches to historic firsts, all deserving recognition and preservation.

The process for selecting new additions includes review of public nominations, and active discussions and review by the advisory National Recording Preservation Board, featuring representatives from the recorded sound, preservation and music industries.  The Board advises the Librarian of Congress on national preservation policy as well as the National Recording Registry.

Of course, selecting the recordings each year involves a lot of discourse and argument about current representation of various genres, time periods, artists and key cultural and historical themes.

Keep in mind, the National Recording Registry represents a very small slice of the Library’s collection of more than 3.5 million sound recordings or the 46 million recordings held in U.S. public institutions according to a 2005 survey.  Many of these recordings are in dire need of preservation, an alarming fact highlighted in the 2013 landmark national recorded sound plan published by the Library.  The good news is that virtually any published recording of a song registered for copyright with deposited copies is in the Library’s permanent collections: so much, however, yet remains to be preserved and made available

But the registry, in essence, represents a special category of recordings the Library would seek out and ensure are in our collections in the most pristine form available.  So we do like to think of it as an “honor” or recognition of the best of the best in addition to spotlighting countless other worthy recordings.  From that standpoint we welcome the fact that critics are looking, well, critically at what is on the list and what is not. Keep that dialogue going!

Along with rap songs that have been mentioned in recent blogs and the public – works by artists such as Lauryn Hill, Run-DMC, 50 Cent, Dr. Dre, Jay-Z, Eminem and Kanye West — this vast treasure trove of cultural importance awaiting recognition consists of radio broadcasts, technological breakthroughs, advertisements, ambient sounds and well-known standards by a stunning litany of music legends.

If you believe rap or hip-hop – or any other genre – is under-represented on the list, please nominate a recording…or several. We are accepting nominations for the next list here.

Remember the recordings must be at least 10 years old. We look forward to hearing from you!

Starting May 12, the latest massive open online course (MOOC) from the Knight Center – this one on investigative journalism in the digital age. I took their last course on social media for journos and was pleasantly surprised by the content, the teachers, and the process overall.

If you’ve ever wanted to learn the nuts and bolts of investigative reporting, here’s your chance, courtesy of the Knight Center for Journalism in the Americas.

A five-week, massive open online course (MOOC) on “Investigative Journalism for the Digital Age,” will begin on May 12 and end on June 14, 2014.

Investigative journalism is the most highly-regarded branch of the profession, often helping reveal corruption, shining a light on social plights, influencing public policy and triggering change. It takes time and effort, but also an understanding of the basic concepts and tools used to carry out investigations.

To help people interested in learning about the newest resources and techniques in the field, the Knight Center for Journalism in the Americaswill offer the free Massive Open Online Course (or MOOC) “Investigative Journalism for the Digital Age” with the support of the Knight Foundation.

Are any of you journo types also budding playwrights? This is a great little theater. Take advantage of this opportunity in my part of the world! -Mia